The Smell of Rice and Success 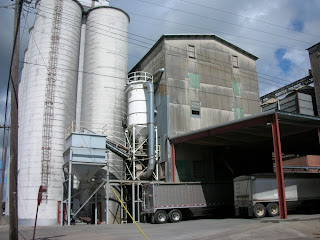 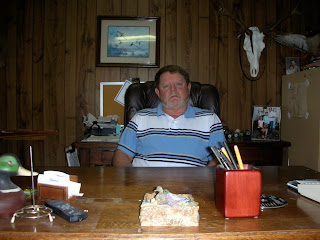 The rice industry has always played a large part in Vermilion Parish’s livelihood. When Riviana closed its local operations in 2006, many people in the parish found themselves unemployed, and had to re-evaluate their careers. One such person was Jimmy Richard of Abbeville.

“I’m part of a family that worked in the rice industry for eighty years,” says Richard. “The rice business has provided for my well being my entire life.”

Richard began his career at Riviana in 1974 as a laborer. Through the years, he moved his way up to such jobs as dryer operator, rice buyer and then eventually regional manager for all commodity operations. When the company he’d worked for most of his life left Vermilion Parish, he formed Richard Independent Brokers.

“It was a scary time in my life because all I knew was the rice industry,” says Richard. “I didn’t want to leave Vermilion Parish, so I decided to start my own business.”

Richard Independent Brokers purchases rough rice from producers and sells to four mills in Southwest Louisiana. The company also runs a small trucking brokerage to haul rice from the farmers to the mill.

“Being on my own was difficult at first because there was no longer a guaranteed paycheck every two weeks,” says Richard. “But now I have freedom and opportunities that weren’t there before.”

According to Richard, global supply and demand is a deciding factor in the price of rice. He says that a disaster somewhere else in the world can affect the income of a farmer in Southwest Louisiana.

“The most challenging part of my job is not always being able to offer farmers a price for their rice that is profitable,” says Richard. “The best part is the contact with the public and the friendships I’ve made over the years.”

To stay knowledgeable about the market, Richard attends outlook conferences that give basic ideas of past and future years, technology, trends and new rice varieties. He says that anyone interested in entering this business should start on the ground level and work their way up.

“You have to gain knowledge through experience,” says Richard. “I learned how to drive a rice truck before I managed truck operations.”

Richard says that the most important trait to have in this business is honesty. When he manages the transaction between a farmer and a mill, he wants to ensure that both parties feel like they were treated fairly.

Planters Rice Mill leases the Riviana facility in Abbeville. Richard has an office there, and I recently visited him to learn more about his career.

I worked at that mill as a teenager and referred to myself as an “in case” worker. I would watch rice being moved from one location to another via an auger, and ensure that it didn’t get clogged up and spill rice everywhere. In case it did, I had to grab a shovel and work.

During my recent visit, Richard brought me to the office where rice is weighed and measured. I learned that South Louisiana measures its rice by barrels, Arkansas by bushels and almost everyone else by hundred weights. I also learned that brown rice is not a special variety, but regular rice with a layer of bran left on. If the layer is removed, it’s referred to as white rice. As soon as I stepped onto the mill parking lot, a distinct aroma filled my nostrils. It was the smell of rice, which brought back many memories of working there, as well as of my childhood on my family’s rice farm.

“It definitely has a different smell,” said Richard. “But I’ve been around it all my life and don’t even notice it anymore.”

The reason I chose to interview Richard is because I found his situation very interesting. He had played it safe in his career decisions by staying with the same company and industry for thirty-two years. When that security was gone, he had to create his own opportunity based on his experience. Although difficult at the time, the circumstance turned out to be more beneficial for the rice veteran.

The most important lesson learned on this interview was that as the world progresses, careers become less secure. The landscape and environment we know can easily change overnight. It’s important to remember though, that through honesty, determination and knowledge, the smell of rice and success will always be the same.

For more information on the services offered by Richard Independent Brokers call 337-652-7183.
Posted by Jacques at 4:39 AM