The Concrete Foundation of Meaux Lumber 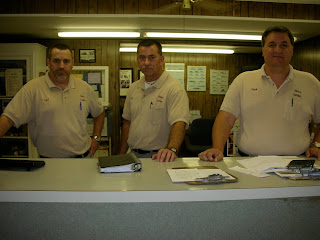 I’ve never been very skillful with tools except for hammering nails or making funny sounds with a hand saw. So when I had to install a rail on some steps at my mom’s house, I asked my brother Joey for help. I volunteered to purchase all of the supplies in hopes that he’d take charge of the project, and all I’d have to do was hold screwdrivers and make snacks.

Unfortunately, buying the materials for a homemade handrail proved to be more challenging than I had initially thought. Aside from the many different sized pipes, I also needed screws that could be drilled into concrete.

Do those really exist? I wondered. Couldn’t we just super glue it?

The inside of most hardware stores usually intimidated me because of my lack of knowledge as well as the lack of available help. But luckily I did my shopping where customer service is one of the many values drilled into a concrete foundation.

Located at 402 East 11th Street in Kaplan, Meaux Lumber was opened over sixty years ago by the late Harry Meaux. His sons, Ronnie and Gene eventually joined the business and now his grandsons, Chuck and Boyd have a stake in the ownership.

“My grandpa helped a lot of Kaplan residents during World War II when lumber was in short supply,” said Chuck. “He developed a good reputation, so after the war, people hired him to build their houses.”

Meaux Lumber’s product line includes (but is not limited to) doors, windows, plumbing and electrical supplies, hand, gardening and power tools and cabinetry grade hard woods such as oak, maple and poplar. They are licensed residential building contractors, but also fix roofs and do minor home repairs.

“The core of our business is residential building,” says Chuck. “Although I like working in the store, I prefer working on the house projects because they’re more challenging.”

According to Chuck, the toughest part of the construction business is orchestrating the various details involved in the process. This proves to be even more difficult when uncontrollable factors such as weather play a role.

“I learned from my grandpa that the most important aspect of this business is to make sure the customer is happy at all costs,” says Chuck. “When we do a good job, our reputation will help us get another house to build. But if the customer isn’t happy, we might lose two or three.”

First cousins, Boyd and Chuck, started loading trucks and making deliveries at the family business when they were fifteen. Over time, they both left for college and to pursue other interests. But as Meaux Lumber grew, the two men returned to take more active roles.

“Anytime you have a business with family, it’s hard to separate the two,” says Boyd. Consciously knowing is the first step in keeping everything running smoothly.”

When I went to Meaux Lumber for my interview, I couldn’t help but joyfully notice the extra-wide parking spots. Although this may be a minor detail to some, I found it particularly comforting that I could open my car door all the way and didn’t have to suck in my gut to exit.

At first glance, the inside of the building was very similar to most hardware stores. Multi-colored boxes of nails and screws were neatly stacked on shelves, and paintbrushes, duct tape and various tools hung from pegs on a wall. 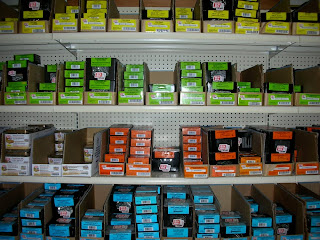 But a closer look revealed a product that not all stores carry. Mementos like taxidermy mounts, family pictures and old newspaper advertisements hung throughout the building. None of these were for sale, but instead represented values Harry Meaux worked hard to achieve; experience, quality, trust and family pride. 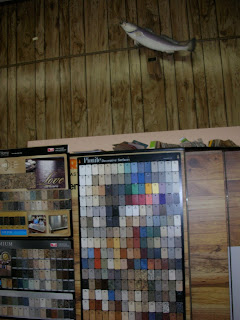 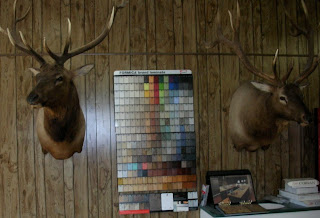 I learned this from personal experience when I purchased the supplies for my mom’s handrail from Chuck. He took the time to explain how the concrete screws worked, and told me to call if I had any problems. He probably spent fifteen minutes helping me even though my total purchase only came out to a few dollars.

Although I had to work harder than I’d initially planned, my brother, Joey and I successfully installed the handrail. I look at it daily, and am reminded of what family members can build when they work together. This is all thanks to the Meaux family, and their concrete foundation.

For more information on the products and services offered by Meaux Lumber, call 643-7465. 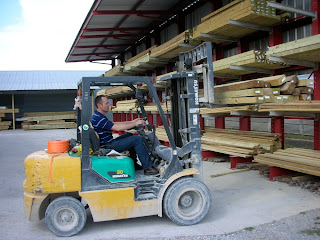 ME PRETENDING TO DRIVE A FORKLIFT
Posted by Jacques at 9:53 AM