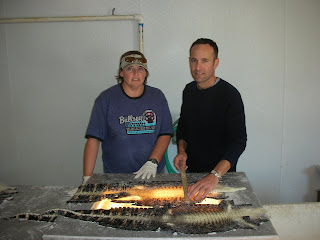 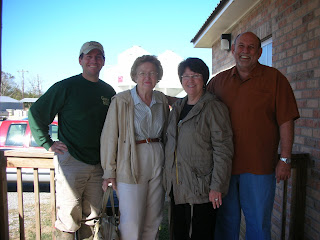 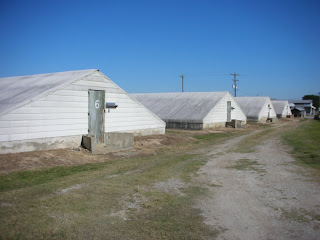 My mother has recently threatened to kick me out of her house if I don’t make an effort to find a full time job. She said that this unstable economy has negatively influenced the earnings she receives from recycling cans. I’ve reassured her that I’ve been going on exploratory interviews, and to provide proof, I’ve been writing about my experiences for the paper. But when I told her that she would read about my time at an alligator farm this week, she said that she didn’t believe me.

“Reading about the interviews in the paper, isn’t proof,” she said. “You could be making all that stuff up. I’m going with you to that alligator farm to make sure you’re telling the truth.”

Vermilion Gator Farm is located in the community of Mouton Cove. Surrounded by marsh, canals and swamps, it is the perfect location for Mr. Wayne Sagrera’s family run business. He has been the Wildlife and Fisheries Commissioner for six years, and his son, Stephen, currently holds the position.

“My family has been living off of the marshes of Vermilion Parish for five generations,” said Mr. Sagrera when my mother and I sat down with him in his office. “I started in this business with my father when I was thirteen.”

According to Mr. Sagrera, the alligator industry took off in the early 1980’s. He started his company in 1984, and over the course of twenty years became the largest exporter of alligator skins in the world.

“It was a lot of eighteen hour days,” said Mr. Sagrera. “But I get help from my four sons, Raphael, Kevin, Craig and Stephen.”

It was at that point I realized that I wouldn’t like working on an alligator farm. I didn’t want to work eighteen-hour days, and I didn’t have any children to help me. Then I started to get a little worried that my mother would ask Mr. Sagrera to hire me on the spot.

“How much does it pay?” my mother asked.

Before Mr. Sagrera answered, I asked him if he could tell the difference between a male and a female alligator by looking at them. He told me that the only way to really tell is by putting your finger into the animal’s cloaca.

“How much does it pay?” my mother asked again.

I didn’t know what a cloaca was, and I didn’t want to find out. I knew that the best way to avoid this was to get Mr. Sagrera away from my mother. So I asked him if he could give me a tour (without my mother) of the alligator farm.

We walked outside and up to a row of short buildings with roofs that looked like giant triangles or capital A’s. Mr. Sagrera said it wasn’t a good idea for us to go into a building with the live alligators, because there was a very strong odor, and the heat would fog up the lens cap on my camera.

“We raise the alligators in those buildings over there,” he said and pointed. “And over here is where we grade their skins.”

We walked into the building, and I saw a young lady with a ruler and several piles of skins laid side by side across a long table. Mr. Sagrera introduced me to his Quality Control Agent, Velma Stelly, who showed me how alligator skins were measured and graded.

“These skins are shipped all over the world,” Mr. Sagrera said. “Many are going to be used as watch bands for luxury brands like Gucci, Prada and Ralph Lauren.”

As we walked back towards his office, I became worried that my mother would ask Mr. Sagrera to give me a job, and I’d have to work eighteen-hour days. I started to wonder if I should ask a lot of stupid questions so he would think I was a little weird and tell my mother that he didn’t want me around his gators.

“What’s the strangest thing you’ve ever found in an alligator?” I asked.

Mr. Sagrera looked at me and smiled and said, “Another alligator.”

I managed to get my mother off of the farm before she enlisted me in the gator business. As we were driving home, I wondered if I should tell her that Mr. Sagrera said he wasn’t hiring at the moment. But before I could work out all of the details of the lie in my head, I realized that a thirty-nine year old man lying to my mother was a bit pathetic.

So I decided to sit still, and be quiet, and hope that she didn’t ask me when I was going to start working with Mr. Sagrera. But my plan didn’t work, and half-way home she turned and looked at me.

“You don’t want a job there,” she said. “If you had to work eighteen hour days, you wouldn’t have time to help me recycle cans.”
Posted by Jacques at 7:17 PM