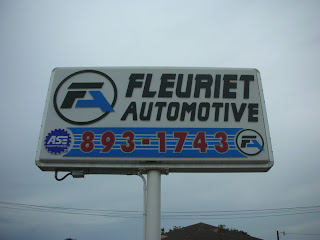 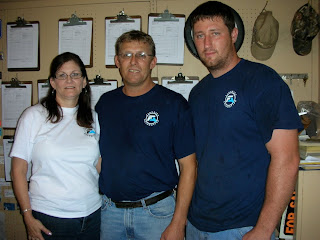 There are several milestones for every small business owner. They start with the decision to take a chance on the future, a grand opening and the first dollar ever earned. But if you’re John and Jeanne Fleuriet of Fleuriet Automotive, that would be the first two dollars.

“Our first customer was our Pastor Robert Wells,” says Mr. Fleuriet. “He came in for an oil change and paid with two-dollar bills. He said he was giving us a double portion of blessing.”

Fleuriet Automotive opened its door on September 1, 2000. In a few weeks, they will celebrate another milestone, their ten-year anniversary.

“We want to thank the whole city for its support,” says Mrs. Fleuriet. “We love it here and hope to stay here forever.”

“The most important thing we do is service the customer,” says Mr. Fleuriet. “Our business is based on faith, honesty and integrity.”

Mr. Fleuriet studied automotive repair at the Southwest Louisiana Vocational School in Crowley. Before opening his own business, he worked as a helicopter mechanic in the military for six years, and an as automotive mechanic for over ten years.

“The biggest reason for vehicle breakdowns is heat, age and neglect,” says Mr. Fleuriet. “Any car will last many years if you maintain it.”

According to Mr. Fleuriet, the hardest part of his job is finding intermittent issues with an automobile that might not be detected by a computer diagnosis. The best part is providing a service to his community.

“There’s no bad day at work because I love what I do,” says Mr. Fleuriet. “I wake up wanting to go to work.”

Mr. Fleuriet is certified by Automotive Service Excellence (ASE) as a Master Automobile Technician. He routinely attends vehicle diagnostic classes to keep up with technology.

“My advice to someone interested in becoming a mechanic is to be patient and learn as much as you can,” says Mr. Fleuriet. “Technology is constantly changing so it’s important to know what’s out there.”

I recently visited Fleuriet Automotive, which is located on the corner of West Port Street and Highway 167 in Abbeville. I’d passed by it several times before and always noted how clean it was, but wondered why there never seemed to be any cars in the lot.

“I pride myself in helping customers get their vehicles back in one day,” says Mr. Fleuriet. “I like my parking lot to be empty before I go home at night.”

Mr. Fleuriet lifted his truck up on a hydraulic lift and showed me its skeleton. He described each part and its function, and although I tried to learn and retain as much as possible, I was more awed by the fact that I was actually standing underneath an automobile. 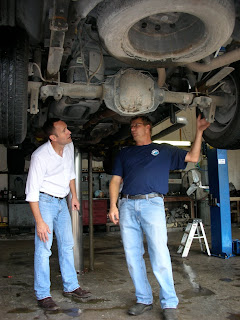 But in the end, I learned a great deal about what it takes to reach milestones in a business. It involves loving your job, taking a leap of faith and providing service fueled by pride. It also doesn’t hurt to have a double portion of blessing.

Fleuriet Automotive is located at 606 West Port Street in Abbeville. For more information on their hours and services call 337-893-1743. For other pictures of my time with them, visit www.mynameisjacques.blogspot.com 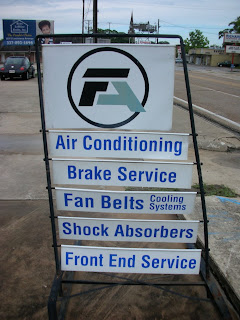 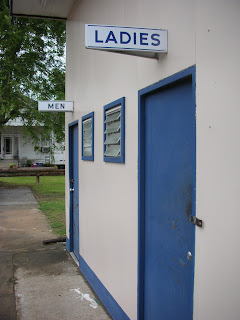