The Discovery of Music 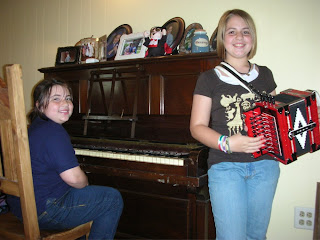 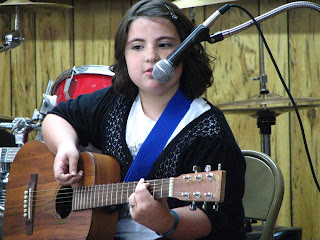 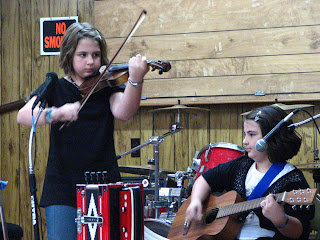 A few weeks ago, I wrote an article about using music to cope with the difficult times that our parish is experiencing at the moment. Although I know that songs and words cannot always heal some of the wounds we’ve incurred, I do strongly feel that stories can inspire, encourage and support. I recently met a Vermilion Parish family whose story inspired me, and I wanted to share it with you.

When Gracie Babineaux of Cow Island began stuttering at two years old, her mother, Shannon, became alarmed and brought her to a pediatrician. After asking Gracie a few questions about her life and the things she enjoyed, the doctor suggested to Mrs. Babineaux that she rent several musicals for her daughter.

“How is this going to help with Gracie’s stuttering?” Mrs. Babineaux asked.

“I think your daughter has the gift of music,” the pediatrician responded. “We can use this to help her.”

Although skeptical, Mrs. Babineaux went to the public library and rented classic musicals such as South Pacific and Oklahoma for her daughter. Within two months, Gracie’s stuttering stopped.

“She would watch them over and over again,” Mrs. Babineaux said. “She knew every line after a while, and would sing the songs with the actors and actresses.”

Although she knew her daughter enjoyed singing, Mrs. Babineaux wasn’t sure what the doctor had meant when she said Gracie had the gift of music. She was grateful that Gracie had stopped stuttering, but wondered when this gift would reveal itself.

That event happened three years ago in 2005, after the Babineauxs lost their Forked Island home in Hurricane Rita. They moved in with Mr. Babineaux’s parents with not much more than what they were carrying in their pockets.

Gracie, who was seven at the time, and her younger sister, Julie, who was five, quickly became bored at their grandparents’ home because they had lost all of their toys. Their grandfather, Timothy Babineaux, who happened to be learning to play the accordion at the time, decided to entertain Gracie by teaching her how to play.

“She picked it up, and after one lesson was able to play,” said Mrs. Babineaux. “Within a few months, she was better than her grandpa, and she was writing her own songs.”

Gracie started taking lessons with Grammy Nominee Steve Riley, and shortly after began performing on stages all over Louisiana. Her younger sister, Julie, initially accompanied her by singing or playing the triangle, but soon learned how to play the piano and guitar.

“I started playing the piano when I was six,” said Julie. “It’s my favorite instrument because the songs are more fun to play.”

Gracie and Julie have played with musicians including Jimmy Breaux of Beau Soleil and The Lafayette Rhythm Devils. They’ve performed in front of six thousand people at the Lake Charles Civic Center, and are now part of a band called Cajun Grace.

“It’s been an amazing opportunity for not only the kids, but also for us,” said Mr. Babineaux. “We’ve learned about Cajun and Zydeco music, and have met people from all over the world.”

Mrs. Babineaux said that the experience has opened her eyes to the value of encouraging children to develop their gifts and talents at an early age. She feels that although the music lessons and performances can sometimes be overwhelming, the investment is worth it, because of the wonderful moments that the family is sharing together.

“I think every child has a gift,” said Mrs. Babineaux. “It’s just a matter of allowing them to find it.”

I first heard of the talented Babineaux girls when I visited the New Harmonies music exhibit in Kaplan a few weeks ago. I was told that a talent agent from The Ellen Degeneres Show in Los Angeles had contacted the Babineauxs and requested an audition tape of Gracie and Julie.

I found it amazing that the girls were not even teenagers yet, and had already made a name for themselves. I was fortunate to run into the girls and their mother a few nights later at another New Harmonies event at the American Legion. After speaking to them for a few minutes, I asked them if I could interview them for the paper.

When I went to their home, I was going to focus my questions on their musical accomplishments and their possible appearance on The Ellen Degeneres show. But as I listened to the family talk about how much music has influenced their lives, I realized that this was more than a news story about local kids finding fame.

This is a story about an exceptional Vermilion Parish family who had faced tragedy, but overcame it with the discovery of music. It is a song about the power of encouragement, and the importance of support. It is a musical about the obstacles we encounter in life, and the value of the journey we take to overcome them.
Posted by Jacques at 1:09 PM No comments: